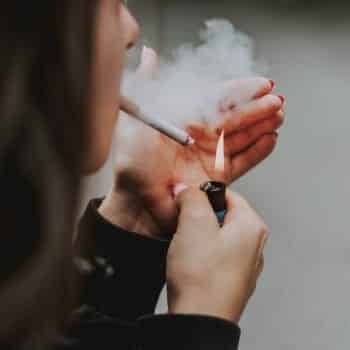 Smoking is an all-consuming habit. It started as an occasional habit like having a cocktail at the end of a hard day. But before you knew it, it ballooned into an all-day thing. Where does it end?

For Deirdre, it came to a head when she realised that there was no redeeming reason to continue. She hid money to continue her costly habit. A habit that spanned the course of 55 years. Deirdre knew that smoking was taking a toll on her body and bank account. She’d lie in bed listening to her wheezing breathing.

When she took her dog for a walk, she needed to stop more often than the dog. Her limited lung capacity couldn’t take the exercise. She even dreaded going anywhere that had stairs. Why? Because she knew that she wouldn’t be able to make it without making a stop or two.

Deirdre did try to quit. Numerous times, in fact. She tried the nicotine chewing gum. But she just ended up chewing the gum and smoking at the same time. She’s also tried patches, psychiatry, and hypnosis. Deirdre tried to quit cold turkey. But nothing helped her quit for good.

Finally, at her wit’s end, she came to the True Quit program.  She was understandably sceptical at first. After all, she tried so many different treatments without success. But she wanted to give it one more try.

Deirdre was glad to discover the massive difference. The True Quit methods are unlike any other. The techniques focus on getting to the heart of cravings instead of teaching coping mechanisms.

Yes, smoking is bad for your health. But it’s also bad for your bank account. Since Deirdre quit smoking, she’s saved over $6,000.

You don’t realise how much money goes to waste while you’re smoking. If you’re an addict, any price is worth easing that craving. However, Deirdre saw just how much money she threw away with her habit after completing the program.

Have you tried every treatment with no success? Find out why True Quit succeeds where other programs fail.

The Truth About Quitting Smoking and Willpower

The Truth About Quitting Smoking and Willpower