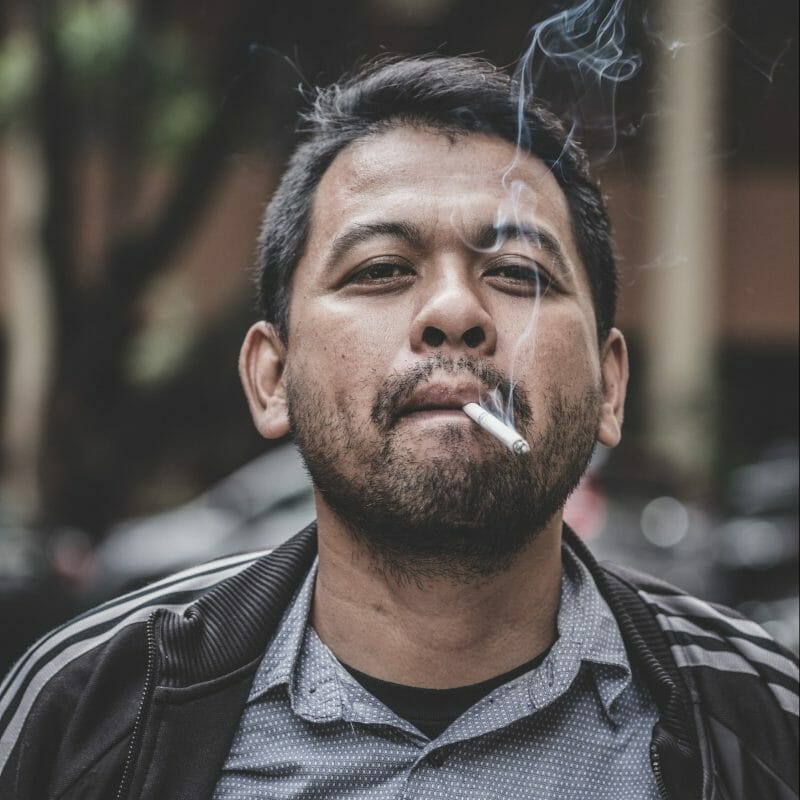 Are you a long-time smoker? Decades of smoking can do a number on your health. But you already know that. And you’ve probably tried to quit half a dozen times.

Dave tried to quit many times, too. He started smoking when he was 18 years old. Going into his early 50s and he still smoked. But it’s not for a lack of trying to quit. He tried different methods. Hypnosis, patches, you name it and he’s probably tried the method. Nothing stood the test of time, though.

As soon as something happened in his life, he’d get this urge. Not that he didn’t before. But the craving always seemed stronger when an event happened. Inevitably, he picked up smoking again. And he hated it.

Dave felt defeated every time he broke a streak and started back up. But he couldn’t seem to stop. Each time he failed, it got harder to try again. He battled with himself constantly. The war between the cravings and self-defeating talk turned his attempts into a self-fulfilling cycle.

Sometimes it has to do with outside conditions. As soon as you fix XYZ, you’ll start on yourself. These common excuses are what smokers around the world use to justify not trying to quit. But the conditions are never perfect enough.

Quit Smoking Tip: Get the Right Information When You Enter a Program

Dave eventually quit smoking with the True Quit program. He says that the educational part of the program is key to understanding the techniques.

Watch the video clips provided by True Quit. If you don’t understand it, watch it again or reach out to the program’s support. The techniques are what help you eliminate the craving so you don’t have to rely on willpower.

Are you ready to stop filling your head with online misinformation? Understand your cravings the right way and learn how to disable them with the True Quit program.