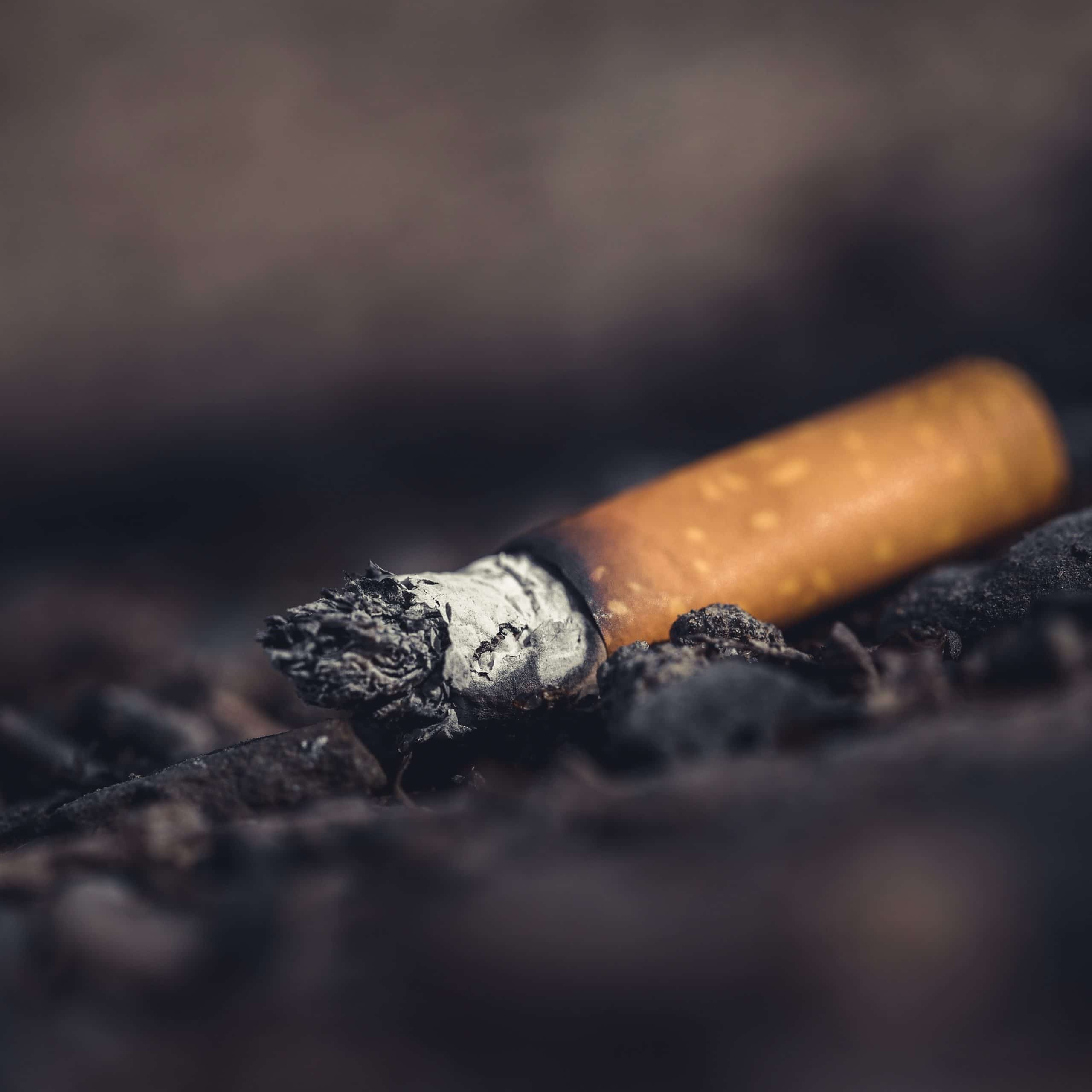 6 Reasons Why Trying To Quit Is Not About Willpower

Willpower is not a magic strategy to quit smoking. Find out why this myth can harm your effort to kick this habit for good.

Quitting smoking requires superhuman willpower, right? At least, that’s the popular belief. “I’m not ready yet” is another myth that people believe about quitting for good. But the secret to quitting for good doesn’t lie in enormous amounts of willpower and solid preparation.

You may be able to quit from sheer willpower alone – for a while. It’s hard, though. And it’s not for everyone. Most likely, if you try to quit using willpower, you’ll relapse anyway. This is because willpower doesn’t eliminate the cravings. It just delays picking up another cigarette.

Willpower isn’t necessarily a bad thing. It just doesn’t have a place in your plan to quit smoking.

Willpower is that mysterious voice in your head that keeps you from doing bad things. It also helps you improve your life … if you have enough of it. At least, that’s the common belief.

In reality, it’s little more than one thought arguing against another. It’s always in your head and you can’t shut it off. Back and forth all day long, they’re like cartoon images of an angel and a devil perched on your shoulder.

This is why relying on willpower alone isn’t the answer to quitting smoking.  Using willpower to quit smoking is engaging in that argument in your head – all the time.

Have you ever had an argument that seemed to last forever? Day in and day out it’s the same thing. Eventually, everyone gets to the point where they just give in. But this argument is happening inside your head. And it’s exhausting.

Let’s say that you can withstand those arguing thoughts and resist those temptations … It’s like winning an argument with yourself. It doesn’t mean much, and has no bearing on your actual cravings.

The 6 Reasons Why Using Willpower

There’s nothing inherently wrong with willpower. It’s useful when you want to accomplish many long-term goals. But quitting smoking is not one of them.

1. Won’t Get Rid of Cravings

Most people think that quitting smoking is a matter of willpower. As if you can somehow “think” those cravings away. The reality is quite different, though. No matter how psyched up you get about using willpower, it won’t work. This is not really a failure on your part. There’s a lot of misinformation out there.

You see, just because the physical cravings are gone doesn’t mean the mental ones are. That’s right. Your cravings work on multiple levels. Taking care of physical cravings won’t stop the ones that are going on in your head. It just brings the struggle to your internal arena. And it delays the action of smoking.

You’ll still continue to struggle with the temptation if you rely on willpower alone. The real solution is to remove the generation of cravings altogether.

When you rely on willpower, you put the responsibility of quitting on yourself.  And if you fail? Well, that is your fault. There must be something inherently wrong with you, right?

The problem isn’t necessarily with you. And your method for quitting isn’t solely to blame, either.  It does suit big corporate entities if you fail. It means more money for them. But they don’t sell their products to sabotage you.

They just don’t tell you everything. So, you relapsed into smoking after using the latest and trendiest “quit smoking” method. It probably happened because they use willpower in their method. And they’re reluctant to say more about it because willpower supplements the flaws in it.

3. Brings Up Feelings of Agitation and Irritation

Do you remember the last time you or someone close to you tried to quit smoking? It’s an emotional experience. Suppressing the need to smoke through willpower can leave a person feeling anxious and irritated. There are jokes about the irritable smoker trying to quit. But it’s rooted in reality.

Smokers who shift into non-smoker status get irritated when they rely on willpower to quit. This happens because of the fight or flight response. It triggers when you don’t smoke. As you resist the temptation to smoke, the response gets more pronounced. And those feelings leave you feeling agitated and irritated.

It’s an escalating cycle of suffering. You resist using willpower and the fight or flight response gets stronger. That, in turn, makes it harder to resist the next smoke. The more you resist, the harder it gets. The harder it gets, the “more willpower” you need to keep saying “no.” Eventually, you crack.

You want to quit because you’ll look better. All of these things and more go round and round in your head. But they are not tackling the real issue.

The real issue is that you have generations of mental cravings to overcome. You need to address the programming that designed that fight or flight response. And trying to quit smoking by telling yourself that outside things are the real issue is a smokescreen.

You want those things. So does every smoker. But they aren’t the solution. Imagine yourself close to the tipping point in your stop-smoking journey. You’ve resisted for a while now using sheer willpower alone. At what point do you start bargaining to relieve the pressure?

Do you minimise your goals? Maybe you’ll try again later. Maybe you won’t smoke as much this time around. If you addressed the root of the problem, though, you wouldn’t have to make those bargains.

5. Can Lead to Weight Gain

Using motivation to quit smoking can lead to suffering in other areas of life. Even though you’re not smoking anymore, you still feel the need to do something, anything, to fill that time … to fill your hands. And your mouth.

So, some people look for substitutes.

One of the most popular is food. Eating – carbohydrates especially – can have a soothing quality that tames your fight or flight instincts. Food can minimise the anxiety that comes when you try to quit using willpower. Of course, it only works temporarily. Eventually you’ll start craving carbs, too.

6. Keeps You in the Quitting Cycle

There’s a cycle of quitting that every smoker encounters at least once in their smoking history. No matter who you are or how many methods you’ve tried, this is what happens:

First comes the idea. Someone wants to quit. They may have different reasons, but there’s one thing they all have in common: determination.

From that determination spawns the need for a plan. So, they scour the internet to look up methods. They find the standard methods that everyone sees. And they talk to their friends about it.

Their friends support the quitting endeavour. And there are tons of methods out there saying quitting will be easy.  So, they head out and pick up patches, gum, or spray. They get a vaping kit. Sign up for hypnotherapy, read a book, or take a course.

The problem is that most of those methods don’t solve all the problems.

One of the biggest problems is that many would-be quitters don’t ask the probing questions:

Do I understand the problem?

What are the methods that are effective against them?

When you pick a random answer to solve a problem, it’s not really solving it. So, people pick a method out and apply it. It may be successful – for a time. But then that big problem rears its ugly head again. Since it wasn’t fully addressed in that method, it wasn’t solved.

When that problem comes back up, people start smoking again. And because of this perceived failure, they may lose confidence to try again.  That is… until the next time motivation hits them.

Remember – You’re Not the Problem. The Story of Carole Chircop

It’s very important to remember that you’re not the problem. You don’t lack willpower. Quitting smoking doesn’t work like that. Continuing on that quitting cycle is disheartening. You try so hard to quit and it doesn’t stick. The problem isn’t you, though.

And it doesn’t mean that you’re incapable of stopping for good.

Carole Chircop was a smoker for 35 years. She got up to a pack of 30s a day. But one day she just decided to stop. She was 52 years old and she’d had enough. It was time.

Carole is over 686 days smoke-free with the True Quit program. She didn’t believe she could do it. But after all this time, she can say that the cravings are truly gone.

True Quit does what standard methods don’t do – they get to the real problem. The real problem is the cravings that keep you smoking. And this method addresses the mental aspects of craving as well as the physical.

No more endless cycles. No more substitutes.  It doesn’t matter how long you smoked or how much. When you’re ready to quit, there’s a way to do it right.

What Are You Waiting For?

Fighting with yourself to quit smoking is an uphill battle with no real payoff at the end. There’s an easier, more effective way.

You can avoid the negative side effects of quitting. The key is to understand the quitting cycle and retraining the brain to that of a non-smoker. When you do that, the cravings disappear so there’s nothing to resist.

You’re ready to quit. And you don’t need superhuman willpower or to wait for the right time.

Why not make today the day? With the right method, you can finally quit for good.

It’s NOT A Challenge

It’s NOT A Challenge