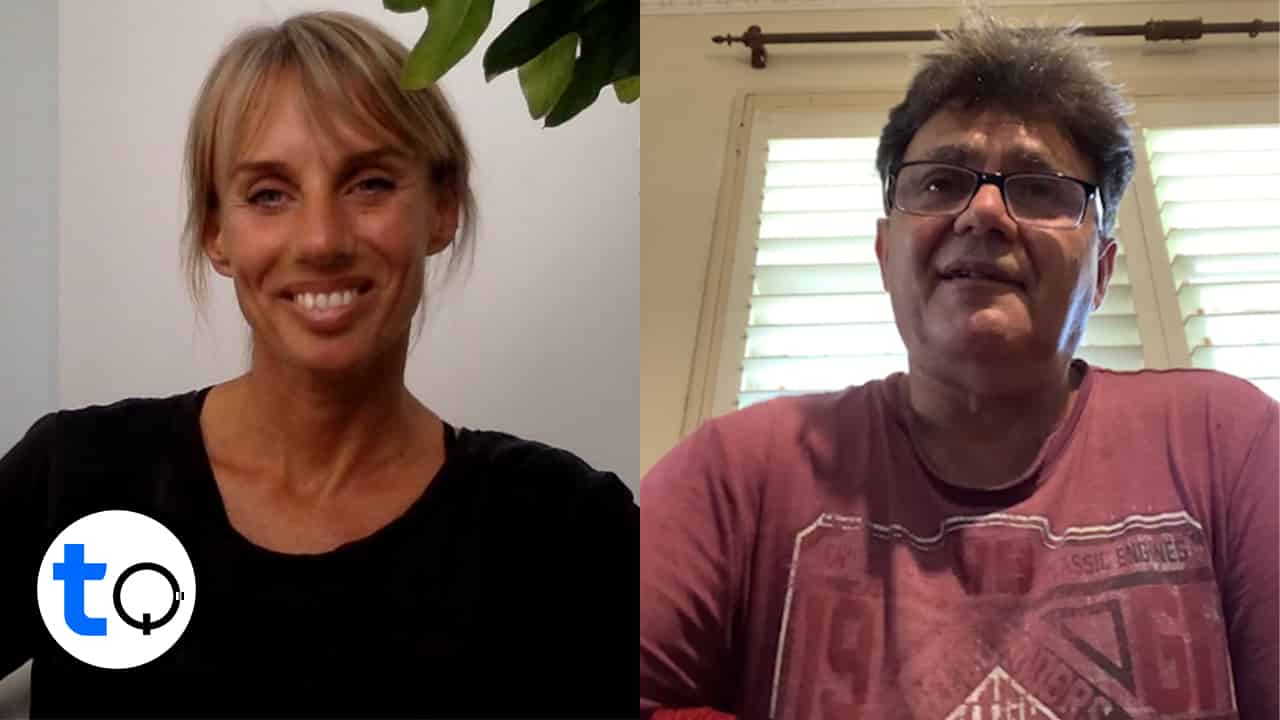 I just didn’t want to smoke anymore! Am on cloud nine, haven’t smoked for 8 months. My partner smokes and when I am around other smokers it doesn’t worry me at all. It doesn’t even make me have any cravings. Truequit has changed my life.

Deborah: Bill, I just wanted to ask you, how long did you smoke before you joined TrueQuit?

Deborah: How many cigarettes a day were you roughly smoking at the beginning?

Bill: I was in light for a couple of years and then I was about a packet a day.

Deborah: And how long has it been now since you quit?

Deborah: How has it changed your life now that you’ve quit smoking?

Bill: I’m breathing better, obviously. I’ve got more stamina, whiter teeth. You can go in a lot of ways. My skin colour is better overall, my health is better, but also I’m happier.

Deborah: That’s fantastic! What do you think of True Quit?

Bill: It’s excellent. It had a very high success rate at the beginning. That’s what drew me in there. And I actually agreed with the principle of how to quit as well, so it all made sense to me.

Deborah: Do you want to tell me anything about your smoking story, how you got into smoking or anything like that?

Bill: It was after high school, I started smoking, maybe just at the end of high school. There was only a couple of cigarettes a day. I used to buy them very cheap from the local shop and I didn’t really smoke heavier till I started my apprenticeship because nearly everyone smokes in those days. Once I started, I never sort of stopped. I tried for the last four years to give up. I did try to do that, I would go as low as free smokes, but I was using so much willpower and I just could not have one cigarette. So it was never a day. I didn’t really have a cigarette. I’m glad that I stopped.

Deborah: Did you try any other methods out there?

Bill: Yes, I did. I tried chempex. I went there on two courses of that, two years in a row. Then I went on patches, I went on mist, chewing gum, and that was the extent. And obviously I tried willpower as well.

Deborah: Are you a mentor at the moment?

Bill: Pretty good. I’ve only had two, but I made a few Facebook friends separate as well, so it’s been good. And I don’t know if they gave up or not, because some of them tell you if they give up. Basically, you are there to support them a little bit, which is the main thing of a mentor, I think. And then it’s up to them to give up smoking or try again or whatever their life choices will be.

Deborah: Did you ever think you’re going to be a mentor in a quit smoking programme?

Bill: No, I didn’t, because there was two already there. And I said, oh, that’s enough. I don’t know how many people use the mentorship, but Michael said, you’d be a good host as a mentor. And I said, yeah, I’ll do. It’s no problem.

Deborah: It’s a great thing to have. I think it’s been very successful. I think it’s very appealing to a lot of people to have someone like yourself in their corner when they know you’ve been through it.

Deborah: That’s awesome. Well, that’s really all the questions I had for you. Is there anything you would like to add, anything you’d like to say about Michael or the programme or anything else you think people that are maybe thinking about joining the programme and they’re not sure that they might need to hear?

Bill: The only thing is, I think they need to do the free, sort of like the webinar on Thursdays. If you tell people or join the webinar and then they can make their own minds up. That’s how I made my mind up and sort of it made sense. I did the webinar twice before I joined mainly because I was in a very crowded place and I didn’t hear half of it. But the second time I said, no, I’m going to be in a very quiet place. And I would say do that and then go from there.

Deborah: How long did it take you to do the programme, roughly?

Bill: I did it pretty quick at the beginning. I did it slowly, but I basically watched a video a day and I went right through the end. That way I might have finished a couple of weeks early, I think. Well, yeah, I think I finished maybe two weeks earlier than the recommended time. But you can do that if you go reasonably quick. But I picked my quit time and I quit at that time. It was great for me, but I went right through the end.

Deborah: And you had the appointment with the Acupuncture, with the laser?

Deborah: That’s so good to hear. How do you find it now when you’re, for example, going out somewhere and other people are smoking?

Bill: I don’t mind actually. Even last night I just went out to the smoker’s balcony with someone and he said, why are you coming out? You don’t smoke? And I said, I just want to smell it because I haven’t had it for so long. And he stayed there for I really went there for conversation. I didn’t get to smell it, really. I am working on him to give up smoking. He’s half his cigarettes, so that’s good. He’s a friend of mine, so hopefully, he give up as well. But smoking doesn’t worry me, people around me. And it doesn’t make me have a craving either and I do the technique still just a scrape in your head.

Deborah: Has it impacted any other parts of your life during the course?

Bill: Yeah, well relationship certainly it’s impacted there even though a friend of mine that I do go out with smokes, but she’s happy for me that I don’t smoke so that’s a plus and maybe she’ll give up on them.

Deborah: That’s fantastic. Thank you so much, Bill. That’s really all I need.

What Happens When You Quit Smoking?

What Happens When You Quit Smoking?