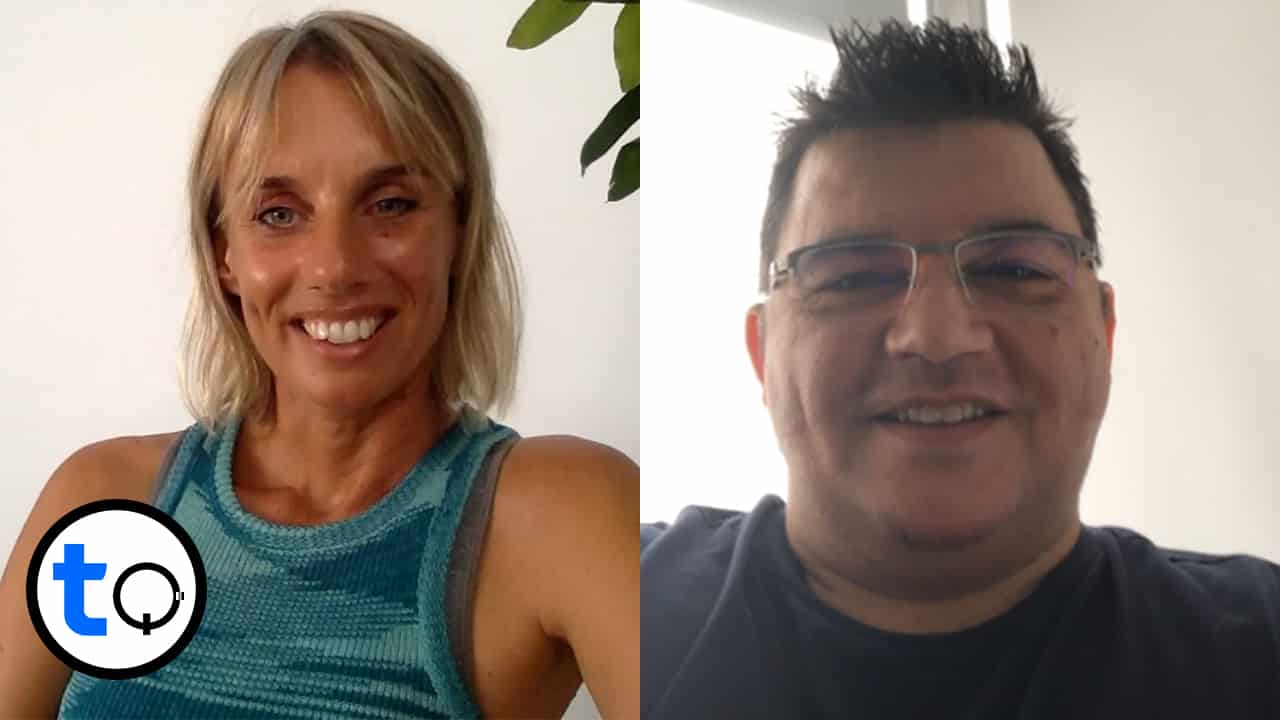 One year as a non-smoker!

In this interview, I chat with Josip about celebrating his one year as a non-smoker and how he came to join the program. How he overcame many obstacles and is now enjoying life in a newfound way.

Deborah: Welcome to True Quit Client Stories. Today I have with me Josip, who has actually today has his one year anniversary of his quit smoking journey. So I’m really, really pleased for having today joining me for a chat. How are you, Josip?

Josip: Good, thank you very much. Thanks for having me.

Josip: Yeah, it’s been a challenging road, but, yeah, I finally got here. So after a few little missteps early on in the programme, I’m surprised I’ve made it to one year. So, yeah, actually it feels like a big weight is lifted off my shoulder. I don’t feel trapped anymore. So it’s a big relief.

Deborah: That’s so awesome. I’m so happy for you. I know you worked hard for this and I’d actually be really interested to hear, Josip, if you could tell us a little bit about your life before you quit smoking. Your actual smoking life.

Josip: Well, okay. My smoking life, I started smoking probably around the age of 18. And in the early years, I don’t smoke heavily. It’s only in the last probably ten years that I had a habit of half a pack a day, four packets a week. That was my smoking habit. And before joining through quit, I was actually thinking about quitting, but I just thought, how am I going to do this? I just thought it was too hard. So that’s my smoking life prior to this. But I’m also just adding what I spoke to Michael about was also my smoking was actually causing anxiety, which actually didn’t quite I didn’t know. I thought it was actually a different underlying condition since I’ve quit. So it’s been a year. I haven’t actually had any anxiety attacks. It’s been quite good.

Deborah: Wow. Yes. That’s amazing. You had no idea beforehand and then once you quit, you realise that there was an added benefit that you also got losing anxiety.

Josip: Yeah, it was because cigarettes are a stimulant and so it’s actually the nicotine and plus also the other chemicals, et cetera, entering your body. So that’s what was actually causing the anxiety. But at the time, as a smoker, you think you’re stressed out. So what do you do? You just have another cigarette. So I was just feeding the habit and actually aggravating the problem. So that’s one thing I discovered after actually quitting.

Deborah: That’s amazing! And any other things you’ve noticed your life being different in any other way?

Josip: Yeah, I’ve already noticed now from my smoking habit, sometimes I used to get pins and needles in my legs and arms after one too many cigarettes. So, yeah, that doesn’t exist anymore. And also, I think the main reason why I did go on this quitting journey was every morning just coughing up my lungs, clearing that phlegm every single morning. So that was the main driver. And since quitting smoking, that problem has gone completely. It doesn’t exist anymore.

Deborah: Wow! That must make a big difference to your mornings waking up so much better like that.

Josip: Yeah, it does. It does make a big difference. I was noticing when I was walking at work on the way to work, shortness of breath and always coffee, but I wasn’t even having a cigarette, so it was just the cigarettes from the day before that still affected me. I think most smokers have that problem and it doesn’t go away until you actually stop smoking.

Josip: Okay. I found the programme through one of my friend’s sisters. She went through the programme and she actually was a pack a day smoker. She’s a few younger than me, so she mentioned it and it took me about a year before I actually did something about it and contacted through quit. So that was the beginning of his whole journey. So it was through a friend’s sister that I decided to join the programme because when she mentioned that she no longer wants to have a cigarette or feels like having a cigarette, that’s the thing I found hard to believe because I felt so trapped at the time and I found it very hard to believe that not using patches, which I tried. So I’d already prior to this, I tried patches. I tried the inhalers, and my last attempt that failed was actually hypnosis, and that did not work either. So it lasted about a month and then I was back smoking again. So there’s a bit of desperation creeping in about trying to quit. So that’s how I started on my tricky quick journey.

Josip: Let’s see, I started in September 2020. The programme and my quit date were January 12, 2021. So I stay in the programme for five months to the quit date because I had actually a couple of missteps where I actually fell off the wagon, as they say because I was in too much of a rush to go through the programme and didn’t study the programme that well. So they’re just some of the pitfalls in doing the programme. But the biggest help was doing the weekly meetings because you don’t feel alone listening to other people’s quitting journeys. And everyone has a different journey, but there are little bits and pieces that you can take away from the other participants because they’re the same as yours. In those little steps along the way, you’re hearing those stories, it helps you to keep going. And I think the most important thing I realised in that period that I was in the programme was just taking each day as it comes and not thinking too far ahead because as soon as you start thinking too far ahead, it becomes overwhelming for some people, and then they sort of get frustrated and they don’t follow the videos in the programme and the best thing was the videos.

I found that very useful because the programmes actually stated that you watch one video per day, and again, that shows that you won’t get overwhelmed by the whole process and the programme. So I found that quite a very helpful piece of information along the quick journey. That’s how long I was in the programme. Even after January 12. I was still going to the weekly meetings after my quit date. And I’ve also made appearances and I’ve also done the I can’t remember what it’s called now. It’s off the top of my head, the mentorship. So I did that for a couple of months while it was still available on Facebook. So I actually helped one individual, she’s quit smoking. So as far as I know, that was a bit challenging on my part because I’ve never done some sort of mentorship. But yeah, it feels good to give back. So that’s been good about this whole journey.

Deborah: Yeah. That must have been very rewarding for you to be able then to help someone else quit smoking because you’d already been through the whole process, you would understand where they’re coming from and be able to guide them. That’s really nice that you were able to do one.

Josip: Yeah. But also I realised one thing as I was going through, I was at a different stage. Obviously, by that period, I was already five or six months into the quitting stage. It sort of reinforces what I’d already know. It helps you remind you because there are still a few more steps to go until your final that you’re pretty much as much safe that you’ve quit smoking, which I’m at today, which is one year. It’s a twelve-month journey, and there are some days where you think, I can’t do this, you just think like a cigarette. But this time around, I actually don’t have that problem because I think the biggest rewarding part of the programme was, in my opinion, was learning that a craving, if you have a Fort, the Fort of smoke is not a craving. In my eyes. That was the biggest turning point for me, learning about lessons because a lot of people don’t, we don’t prior to this, I never thought of it that way or didn’t understand it. And I think a lot of the participants in the programme, I think they struggle to grasp just that little concept that a Fort of smoking is not a craving.

Deborah: Once I was able to overcome that and also help people in the mentorship understand that, I think that was one of the keys that helped people sort of overcome their fears and of prison or being a smoker, as some people might say.

Josip: Exactly. It must be nice to be out of prison now.

Josip: Yeah. Thank you very much. And also thanks to Michael as well and also to any future participants. My biggest recommendation is to take that little bit of time out of your day and join the weekly meetings that the programme provides. So after everything else, I think that was the most important thing that helped me. You’re hearing other people’s stories along the way and as I said prior to this, hearing other people’s stories, they’re very similar to your own. So that sort of helps you and motivate you to keep going. And I think it’s just all part of a process. A lot of people think back and do it on their own. But ask yourself a question, why do it on your own when there are people out there who are willing to help you? So that’s my take on the whole thing.

Deborah: Well, thank you so much for sharing all this with us, Josip, I really appreciate your time and I really appreciate you being a mentor with us as well. And I hope you will be staying with us for a while as a mentor because I think you’ve got a lot of valid things to share and help others go through what you went through. So, yeah. Thank you again for your time and I wish you all the best.

Josip: Okay. Thank you very much.

Deborah: Bye. And I look forward to seeing you celebrate your two year anniversary.

Josip: Okay. Thank you very much.

Deborah: All right. You take care.