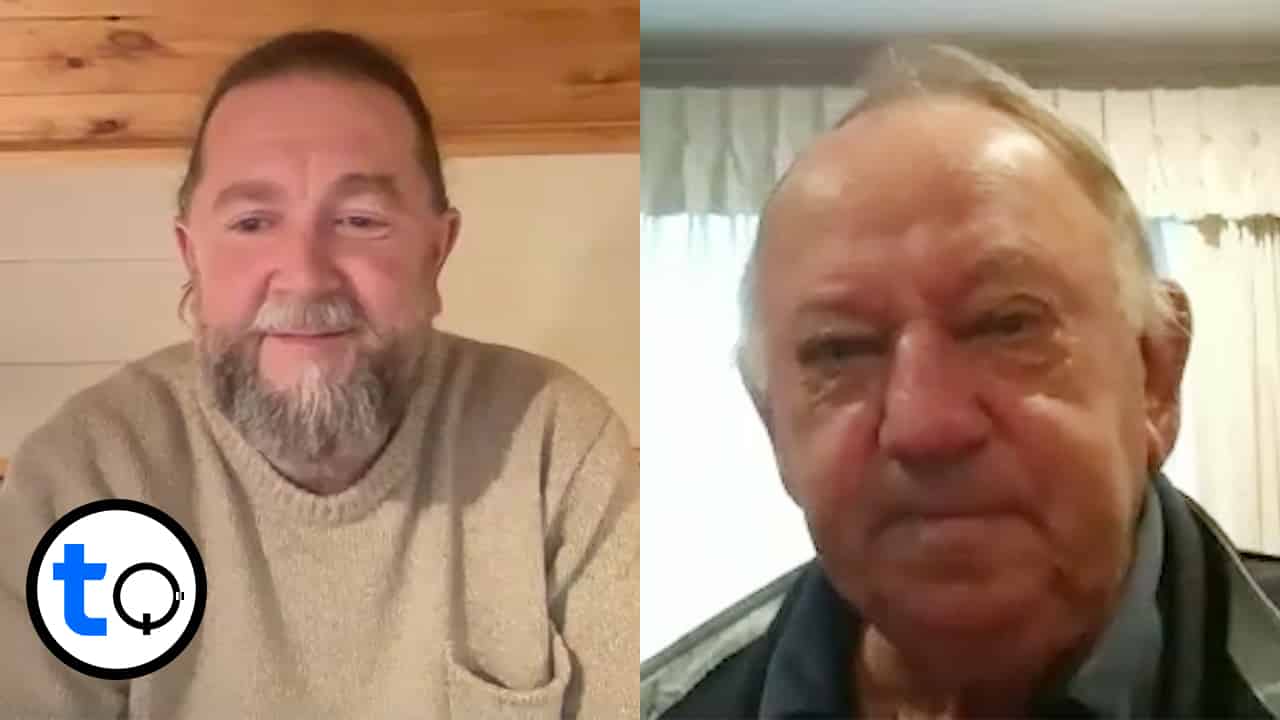 Doug Walters the famous cricketer stopped smoking. People are asking did he still quit? Watch this video to find out.

Doug Walters the famous cricketer stopped smoking. People are asking did he still quit? Watch this video to find out.

Michael: So it’s really great to see you again, Doug, after all this time. And how long is it since you stopped smoking?

Michael: In my head, I keep on thinking it’s about ten years, but you add another three years. That’s a lot, isn’t it?

Doug: It certainly is. Yeah. The good thing about it is I’m still alive.

Doug: If I hadn’t come across you, I may not have been.

Michael: Yeah, exactly right. And I remember about a year after you quit, I think I met you at the Great Northern and I think we had lunch there and I kept on thinking to myself, you look a bit younger. And I couldn’t work out what it was. But in hindsight, I now understand that it was your skin had improved dramatically in that year since you quit.

Doug: I remember quite a lot, all of it, really. But I was just hoping that I’d hurry up and finish the job so I could get downstairs and have a smoke. I still had them in my jacket, and my cigarettes and my lighter were still there.

Doug: Strangely enough, when I got downstairs I thought, well, no, I don’t really feel like a cigarette. I’ll wait, I get up to the bus stop, which was a few blocks away.

Doug: I got to the bus stop and thought, no, I don’t feel like when I wait till I get home. Now I got home and I still didn’t feel like when I said I’ll wait until tomorrow. Well, tomorrow hasn’t come was really the easiest thing ever done in my life.

Michael: Yeah. It’s incredible, isn’t it? Obviously, there are various different responses people have when they go to stop smoking. And in a way, yours is kind of like a dream experience. I reflect on that sometimes. And I think that a lot of the things that we teach now, we’ve put a lot of the theory side, we put it into videos and then we teach people really slowly everything because I found it was kind of overwhelming to talk about everything in the 1 hour. But then the way you talk about it, you talk exactly like you exactly got it in terms of feeling using the feeling sense. Like I didn’t feel like one. And that’s what we teach using the feeling sense. And I reflect on that. And I think sometimes maybe because you have such a great kind of kinesthetic awareness, like a body-mind awareness with your natural sporting ability, which in a sense is kind of you’re able to feel what was going on and realise, actually, I don’t feel like one.

Doug: Well, that’s exactly right. And I haven’t felt like one to this day. I still don’t mind the smell of cigarette smoke, but it’s sort of smelling differently every year now.

Michael: It’s more like a kind of incense or something, isn’t it? Aromatic, smoky? I actually don’t mind the smell of it either, but it doesn’t give me a craving. Strangely, I don’t get cravings anymore.

Michael: Yeah. I tell people your story about how you used to get jackets specially made with four internal pockets to carry the four packets of cigarettes.

Michael: Something else I reflect upon is that you’ve been so much of a supporter of me and this programme, often over the years of referred people, and you sent me a text message and say, look after this person and you’re constantly wanting to help people stop smoking. I know that you’re regenerated and the person you really are and patient, but also wonder, was there more to that? Did you have a kind in your mind? Did you make up your mind that you wanted to help people quit?

Doug: Was that something that you did not purposefully? I get a lot of phone calls about who did I go and see what how come I gave away cigarettes? And I said, well, that was easy. I’ll give you the product number. Of course, that was you. I just referred them. But if anyone was asking for any sort of information, I certainly would come forward and say, I can fix your problem, I think, yeah.

Michael: Because you spent so many years giving cigarettes out and I thought maybe it was kind of like just reversing that process.

Doug: Yeah, not really. I mean, I didn’t smoke until I joined. I got called up to do national service training.

Doug: And I was working for the cigarette company at the time. And every 40 minutes we had to sit down on the parade ground and they called it a smoker. Everyone in the end was smoking my cigarettes.

Doug: I got up to the canteen one night and went over a beer. I said, hey, give me one of those things. So that’s where I started. And I started one or two a day to a packet, overnight to two packets to two and a half packets and I was smoking all my allowance and buying more at the canteen.

Doug: I know that you still got the little dogs, yes and one of them just about jumped up yeah, we still got two dogs and they’re great.

Michael: Yeah. Because I know when you first quit one of the things is that you keep up with the dogs.

Doug: Remember that yeah well, I don’t know whether I can keep up with the dogs now even though I have quit a long time ago.

Michael: Yeah. I don’t know how old you are but you certainly seem well.

Michael: Yeah. Well, it’s been really great to kind of just actually talk and catch up because we’ve only exchanged like, text or a quick phone call here and there but it’s really great to see that you’re doing so well and I really appreciate that you’ve kind of been a great supporter of me over the years and helping so many people inspiring so many people to stop smoking I think you’ve probably helped more people just by inspiration as well as helping inspire cricketers as well. We just don’t know how much impact you’ve had but I think it’s probably enormous well.

Doug: Whatever I’ve done it’s been my pleasure, Michael.

Yeah, really great. Well, thanks so much for having this chat and I look forward to our next chat in a little while.

True Quit gave me the emotional, mental and psychological support I needed to quit smoking. I now celebrate being a non smoker for 7 months!

True Quit gave me the emotional, mental and psychological support I needed to quit smoking. I now celebrate being a non smoker for 7 months!